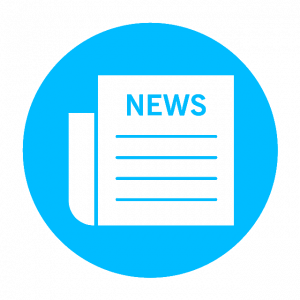 Our iBNS network security appliance was mentioned in Calcalist (Israel’s leading financial daily) yesterday. The article was written in Hebrew, here are some parts of it translated to English,
“Secured AR (Augmented Reality) industrial control systems in the COVID-19 era.

Establishment of the Miniature Industrial Process (SKID) for water spinning is a product of ongoing collaboration between Meptagon Group, PTC and Matrix that selected leading companies to build this unique and innovative solution that makes up the SKID environment:

E.S. Embedded Solutions 3000’s iBNS (Industrial Bit Net Sentry) is a unique cyber protection solution based on a patented technology that allows to prevent many sophisticated attacks including those that come from insiders (even IT persons with full administrator’s permissions). The iBNS itself is fully transparent for other network participants and, that is why, cannot be targeted by attackers.
The iBNS solution works autonomously without any human intervention and by that ensures a dynamic encryption that automatically changes at any packet with no preloaded keys.
iBNS is a transparent entity on the network (i.e. invisible on the network and therefore unattainable) iBNS is filtering suspicious communication by many criteria including bit combinations in data payloads. In addition, iBNS maps the communication to virtual channels according to the content of the network packets regardless of network addresses of the media sources, manages the bandwidth usage of every such channel in a bit-level and thus allowing to catch a lot of distributed attacks.

Link to the article in Hebrew. 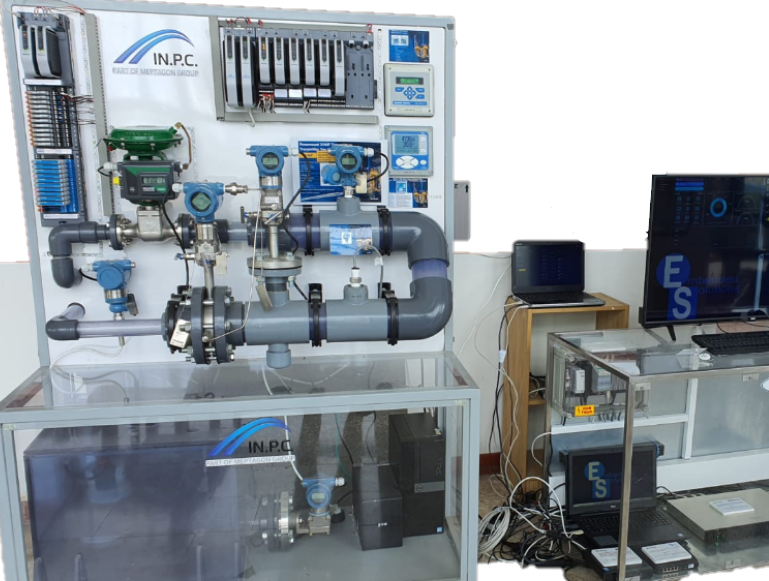 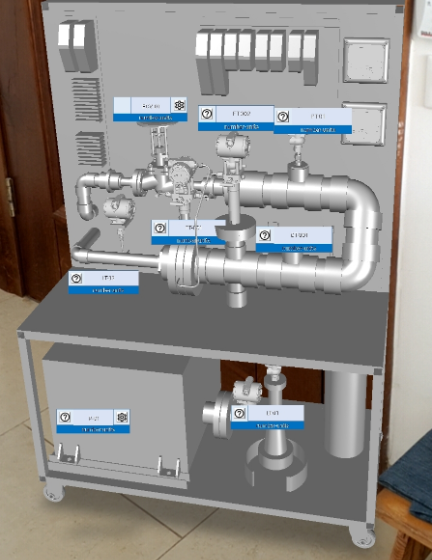 Our heart and thoughts are with everyone during this difficult time.

Recently, there have been many disruptions to business and daily life in places around the world in order to slow the spread of COVID-19.
The health and safety of our customers, employees, vendors, and communities are very important to us, and our thoughts are with everyone during this difficult time.

We would like to inform you that ES is monitoring very closely the developments around the corona pandemic and the recommendations from the WHO  to ensure the safety of our employees, their families our partners and customers.

We have taken measures to ensure the safety and health of our staff. This includes moving away from face-to-face meetings and equipping our employees with modern communication and safety tools to enable them to work, meet, and collaborate remotely. We are still adjusting to this situation, so some things may take a bit longer than before. That said, we are doing our best to make this challenging period as smooth as possible for all parties involved.

We have all the tools to further support you and delivering you our commitments. We would like to reassure you about our availability and our focus.

Do not hesitate to contact your usual point of contact on his/her regular business phone or e-mail.

We wish you, your colleagues and your families a good health and all the best for the coming weeks.

We are looking forward to seeing you again soon.

According to reports released recently, Iranian hackers exploited known firewall weakness and through private secure VPN communications penetrated internal networks of many global companies, we do not know what the attackers were trying to get and what is the damage they caused, we can say that after such an intrusion, these hackers can do immense damage, for example, to steal classified information, change classified information, plant malware and more.

Between the discovery of the breaches and their fixing, there is a certain amount of time that is usually sufficient for the hacker to log on to an internal network and be based there. Even if the breach is repaired, a number of backdoors are likely to be built in the meantime and the offender continues to celebrate inside … from this point “the sky is the limit” to the hacker. Gathering and transmitting information to an external server, changing server settings, building fictitious VPNs – these are just a few examples of the hacker’s damage.

So why do many firewalls and various safeguards not protect?

There are several reasons for this:

Is there still something to do?

Yes. Although there is no way to guarantee 100% protection, the risk can be significantly reduced by installing “transparent” protection equipment on the network. Equipment that does not have IP and MAC addresses, which does not put pauses and automatically exchanges keys in each packet without any human intervention. This equipment that works invisibly is checking the legality of every VPN and every outgoing communication.

This is how we are celebrating “Purim” at Embedded Solutions 😊 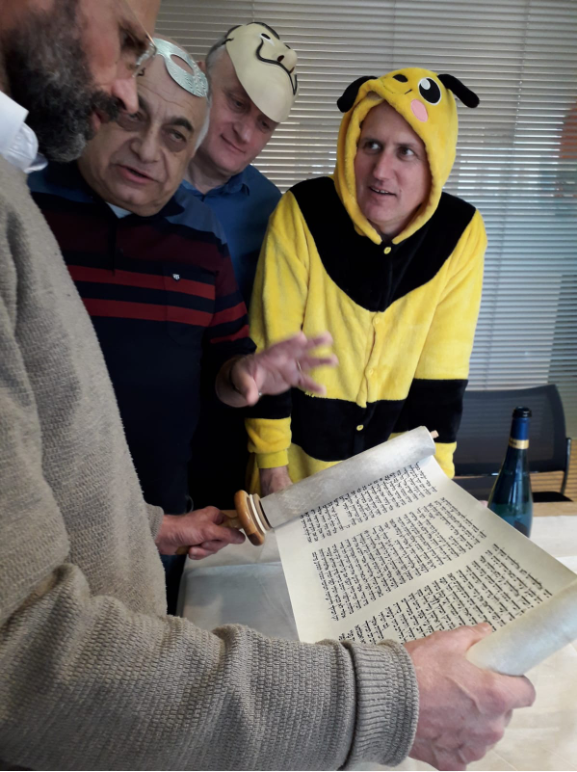 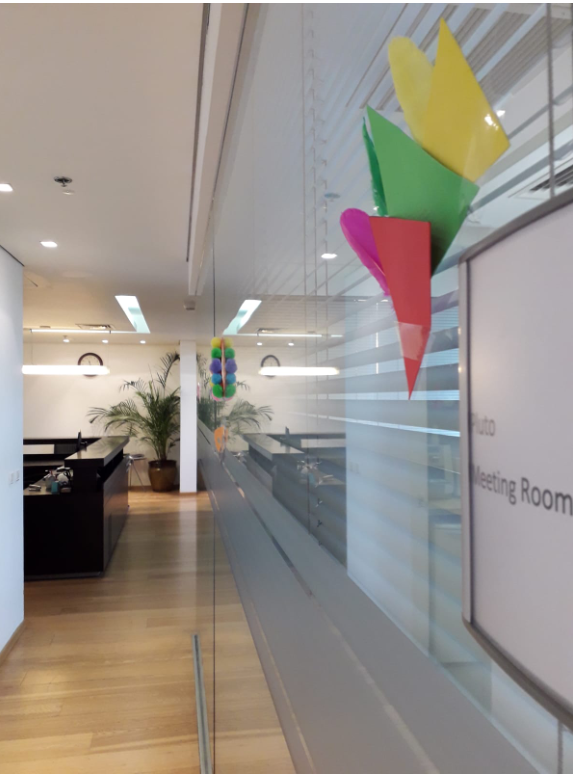 Look what the ISRAEL DEFENSE Press wrote about us

Although this article is not in English, we highly recommend to translate in google translate (obviously).  The article posted yesterday in Israel Defense and focuses on our civilian cyber security product.

The article is recommended not only for those who have not heard of us … but also for all our partners, suppliers and customers since it is written in clear language but at the same time it is technical enough. 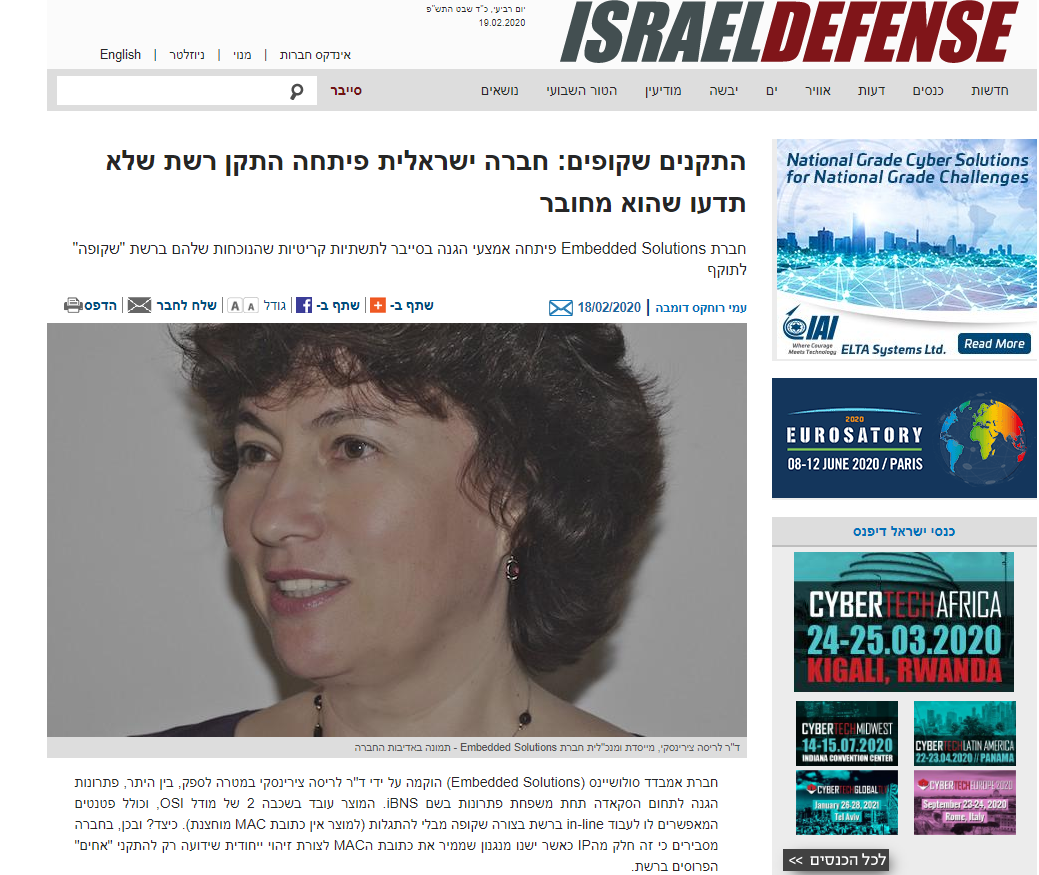 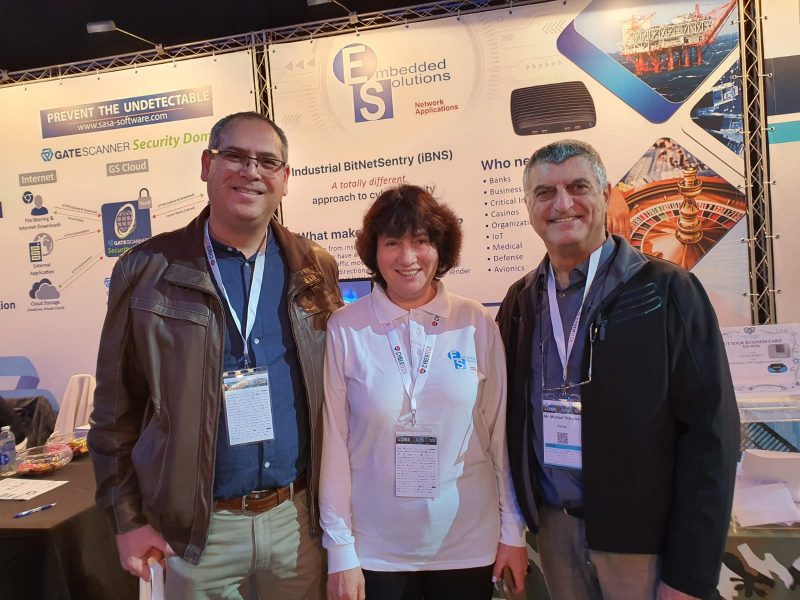 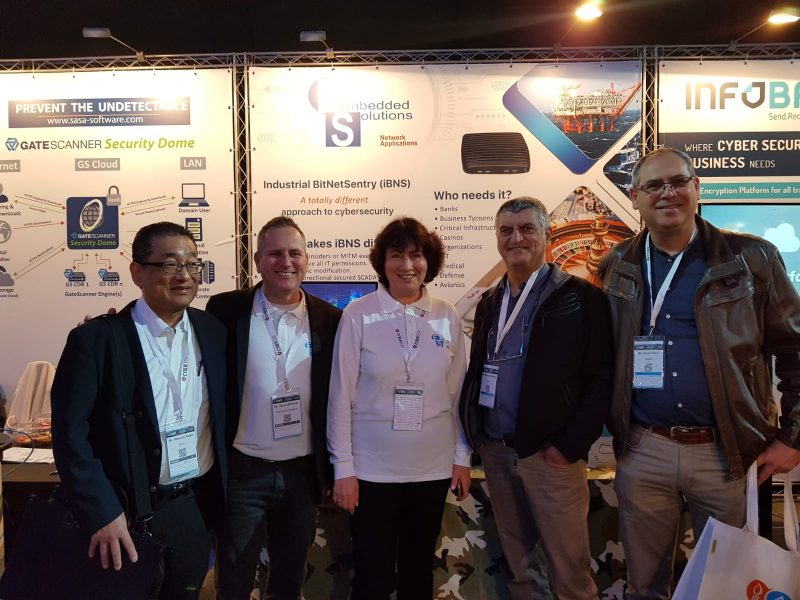 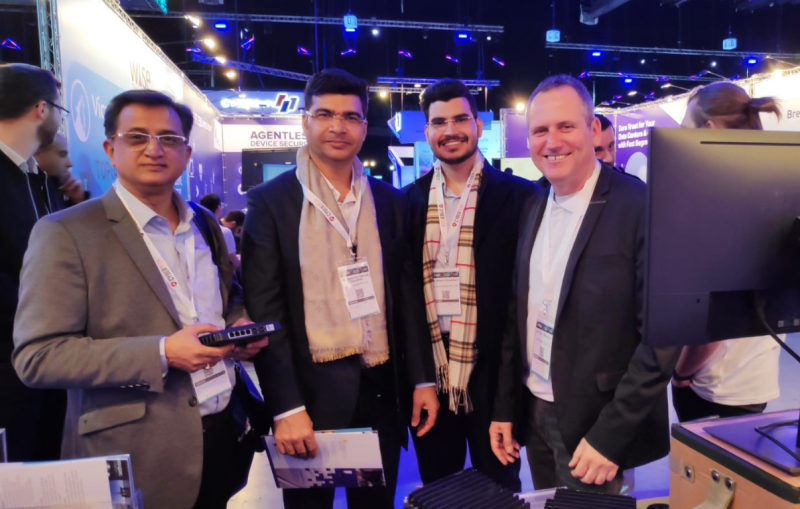 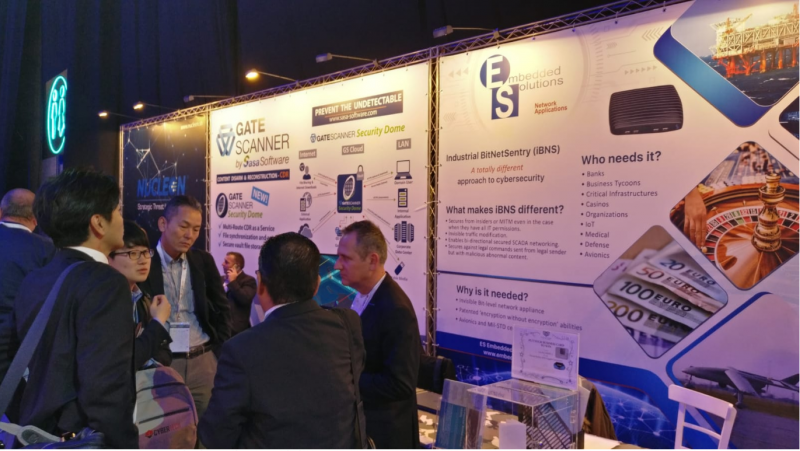 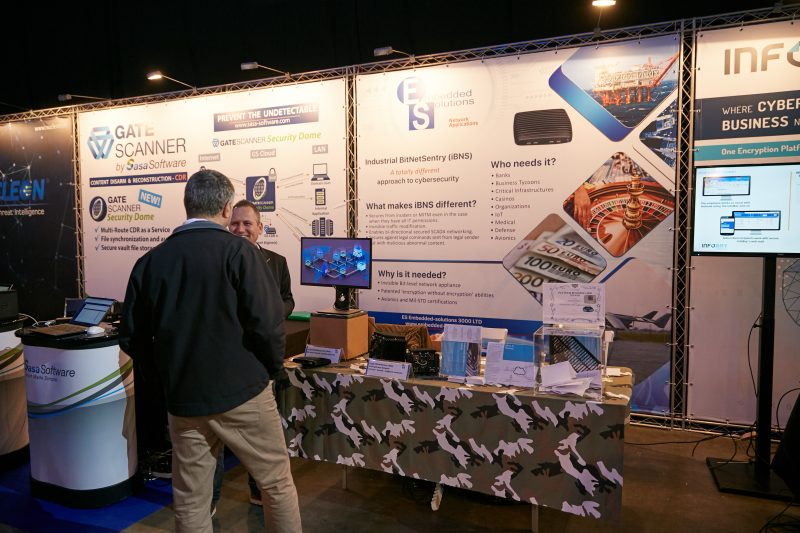 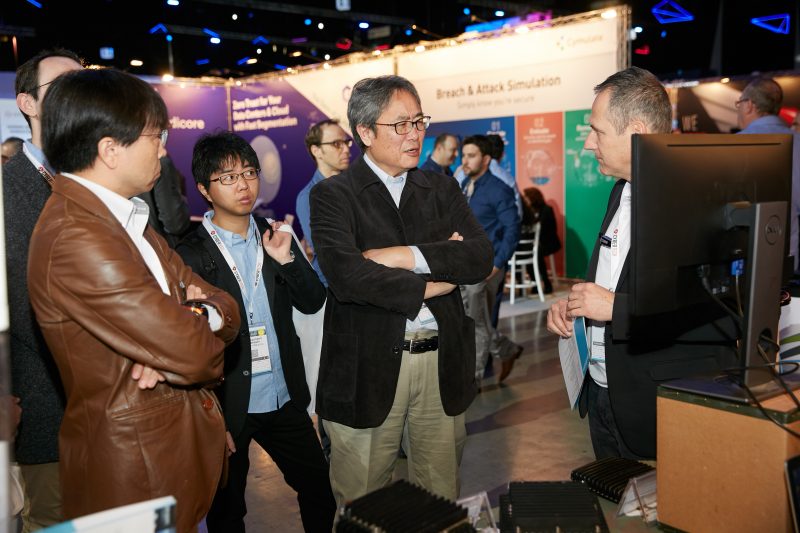 Visit our stand at the Cyber Tech Global trade-show

Meet us at the Cyber Tech Global trade-show which will take place in TLV on January 28-30, 2020, and learn how BNS can protect your asset and data!

Serving as a global dialogue on threats and solutions affecting the global community, the Cybertech conference offers a chance for participants to learn about the most innovative approaches to cyber by some of the most prominent experts from the industry.
Conference sessions and special events include AI, Advanced IoT, Big Data, Cloud, Blockchain, and focus on a wide spectrum of different sectors ranging from Finance and Insurance, SCADA/ICS, Mobile and Communications, Health Industry, Smart Mobility, and many more.

We would love to hear from you and possibly welcome you aboard!

Please submit your CV to : HR@embedded-solutions.co.il 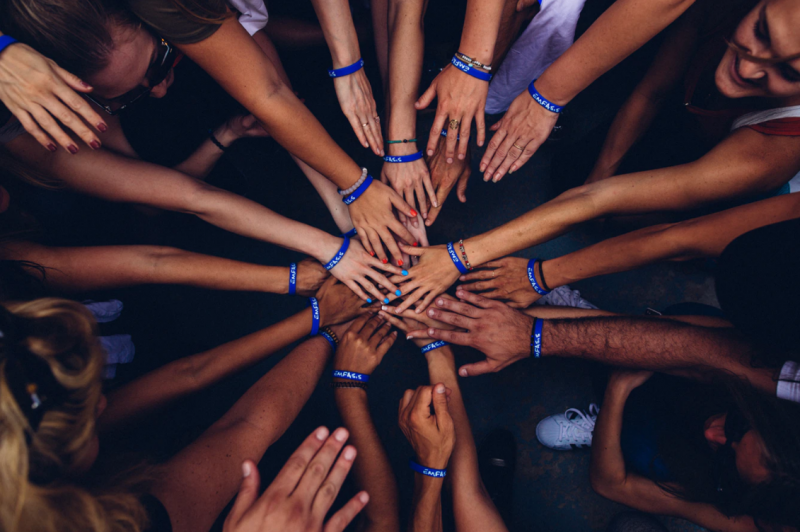 Who shouldn’t be worry about the Quantum Computing development?

Recently I came across this brilliant article written by Germain Chastel- the CEO and Founder of NewtonX, who wrote about the latest quantum computing status,
For quite a long time now, we, at Embedded Solutions, keep an eye out for the cybersecurity threats the Quantum computing brings to our customers’ “secured VPN communication” over public networks . The good news are that this update should not worry our clients since their vulnerable VPN communication is already secured against brute force quantum CPU decryption- simply by enabling the “encryption without encryption” feature of the iBNS 😊 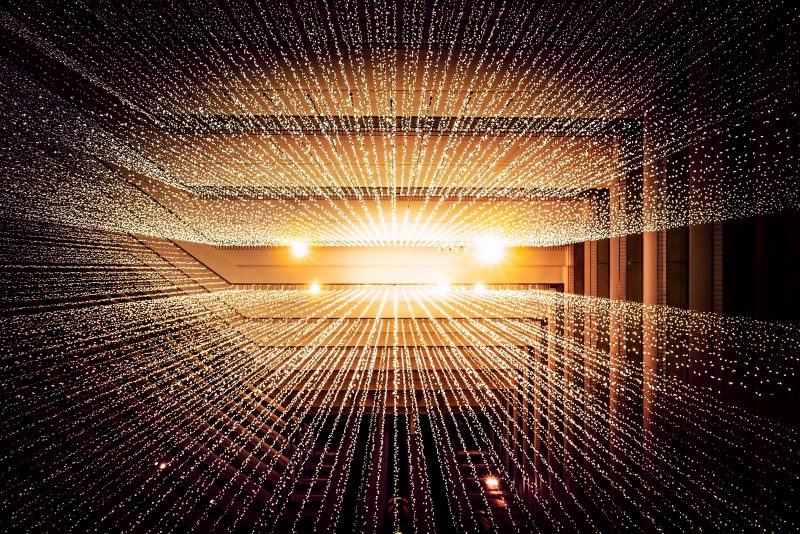 Today we launched a new video clip that illustrates in a very simple way how BitNetSentry protects our network from sophisticated and advanced cyber-attacks. I hope you’ll like it 😊

We Have Moved to a New Office!

We are excited to announce that our team has moved to a new location in Ramat Gan.

We spent the half year in reconditioning the space to fit to our needs. Our old office served us well, but due to new projects we won and company’s new challenges- we decided to move to an office with more space, better visibility, top secret safe room, modern development lab and a demo room.

Thanks for everyone’s support through the years and with the move. 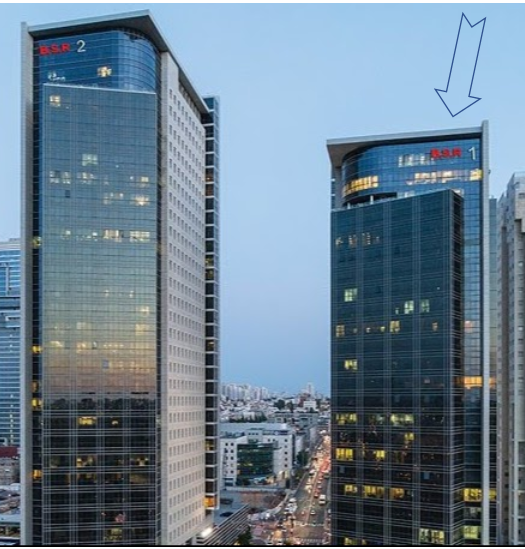 Despite our business partners own work pressures, many of them took out the time to visit our booth at the Cloud Expo Asia last week, We totally appreciate it! Thank you!
We look forward to grow our market share in APAC with you guys.
Thanks again! Here are few pictures from the CEA 2019 show. 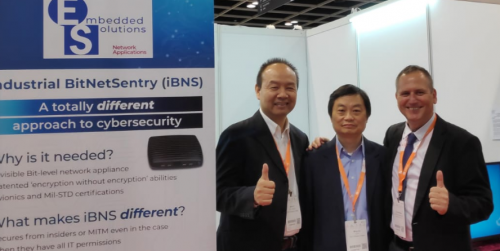 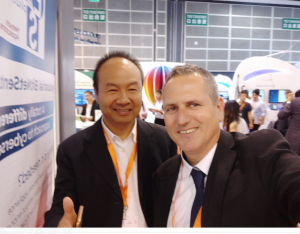 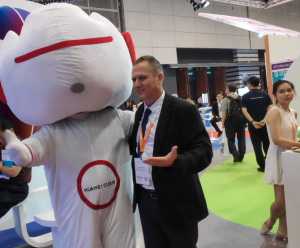 Meet us at booth #E19 and learn how BNS can protect your asset and data!